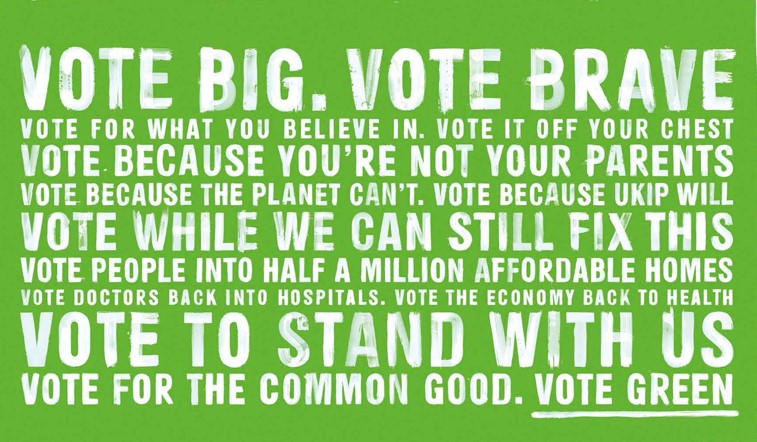 Why Should I Vote Third Party?

Registering to vote as a Green is a commitment to building an institution to fight for the world you want. Party affiliation doesn't begin and end with one election. Register to vote or change your party registration on-line.

The more people who register Green, the likelier we are to #BreakTheDuopoly!

The two major parties are beholden to corporations not people.

Registering Green does not limit your voting options in general elections.

In states with "open" primaries, your registering Green also does not limit your voting options in the primary election. In states with "closed" primaries, however, if you register Green you will only be able to vote in Green primaries. Check with your Board of Elections.

We need to fix our broken system and prioritize People, Planet, and Peace Over Profit! #MoneyOutOfPolitics

The Green Party Is The 4th Largest Political Party

Despite the corporate parties constant suppression of grassroots parties (their competition), we continue to fight for Green policies every year in every race and have grown to be the largest grassroots party not beholden to corporations.