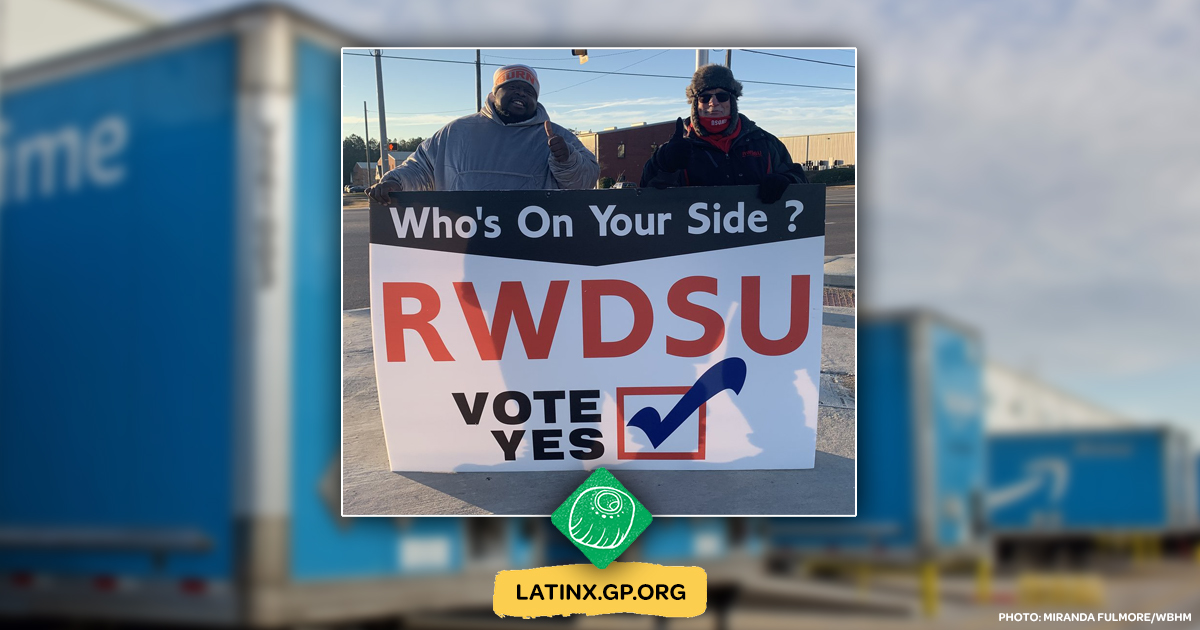 The Latinx Caucus of the Green Party of the US stands in solidarity with Amazon workers seeking to unionize. It is indefensible that the largest retail company, owned by the richest man in the world, should deny its workers fair wages and a humane work environment. Amazon and companies like it will have a significant impact on how workers are treated in the cyber commerce of the future. Taking a stand now, to support workers as they demand fair and humane treatment and a living wage, will move us closer to setting a universal standard of human rights for workers.

The ruthless and unethical tactics of the Robber Barons of the gilded age have been retooled and updated by Jeff Bezos to include the creation of a scam anti-union website, "doitwithoutdues", to spread disinformation. Requiring workers to work swing shifts and double shifts with little notice and few meal and bathroom breaks and having them race around massive "fulfillment centers" to meet unreasonable production standards, is coupled with requiring workers to listen to Orwellian anti-union messages while on bathroom breaks. While Unions are already established in Amazon's European Warehouses, the Company has fought any efforts to unionize in The United States. A vote for a Union among Amazon workers in 2014 in Delaware failed. We cannot sit by as workers rights decline and we become a society of a few very rich and a majority of poor or very poor. Amazon's current million-dollar ad campaign to paint its self as a philanthropic good guy can not paper over its business model of amassing obscene profits on the backs of its workers.

The Latinx caucus of the green party urges all greens, all workers, all people of conscience to support the 5,805 workers of Amazon's Bessemer Alabama warehouse who will be voting to decide if they want to be represented by a union, the Retail, Wholesale and Department Store Union. Workers at the commerce giant's Bessemer, Alabama, warehouse will participate in a much-anticipated vote that began on February 8th and will end on March 29th. In addition, we urge people to become involved in the National Day of Action on Feb. 20, in support of Amazon's Bessemer Alabama workers efforts to unionize.

For more information on Feb. 20 actions or to sign the petition in support of the Bessemer Alabama Amazon workers go to:
https://supportamazonworkers.org/

To send an email directly to Jeff Bezos showing your support for worker's rights go to:
Amnesty International
https://www.amnesty.org/en/get-involved/take-action/tell-amazon-to-let-workers-unionize/